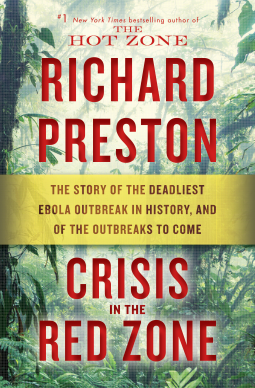 It’s OK to dangle your foot over the edge of the bed.  Really.  There are no monsters underneath.  Really.  Truly.  It’s OK to read Stephen King or even Edgar A. Poe just before you turn out the lights.  Sweet dreams.  But, if you read Richard Preston’s most recent non-fiction entry about the Ebola virus, Crisis in the Red Zone…….?  YOU’LL NEVER SLEEP ANOTHER WINK IN YOUR LIFE!  My friends, as we’re finding out with the current Coronavirus pandemic, we are not prepared.  Preston’s newest title was released in July of last year, months before the current outbreak, so it’s even more relevant now that the world finds itself in this new, major viral predicament.

Ebola?  A possibility we know about.  What we don’t know is what we don’t know.  What I do know is that this good book will keep your lights on for hours, so you wouldn’t be sleeping anyway.  Remember Preston’s equally fascinating The Hot Zone?  Chapter and verse on the African Ebola outbreak of the 1970’s.  Crisis in the Red Zone, his latest, gives a brief and interesting recap of that epidemic and then takes us to 2014.  Remember?  Another horrifying outbreak in West Africa that modern medicine couldn’t quell, an outbreak that suddenly had us all sweating the possibilities.  Global travel.  Permeable borders.  Airplanes and cruise ships.  Possibilities that we’re all sweating again today with coronavirus.  Ebola made it to the US that time.  It surely did.  And so has coronavirus.

But there was a vaccine in 2014, right?  Yes, experimental ones, but for the most promising one there was only one existing test on primates and none on humans.  The story of the vaccines alone is a fascinating one, particularly so in that most of the development was entrepreneurial.  But it’s perfected now, right?  Well, you’d think.  And imagine the medical, ethical and personal quandary, the agony, of a doctor presented with enough of this untried vaccine for one patient – when you have a quarantine compound with hundreds of sick and dying.  It happened.  The man forced to make that call exists.

There was no cure.  In Africa, the focus had to be on controlling transmission, and you’ll be introduced to the seemingly cruel, but ultimately effective, Ancient Rule.  You’ll learn that Ebola is a wet virus that is transmitted only through direct contact with bodily fluids.  OK, that’s good to know, but you’ll be asked to think about the possibility of a dry, or airborne, virus that is as deadly as Ebola.  Is the coronavirus that virus?  Given a 3.4% coronavirus mortality rate vs. Ebola’s 90% death knell, probably not.  But there’s still every reason in the world to be worried.  Feeling a little feverish?  Thank you, Mr. Preston, for another important book that, as always, is also a great, timely read.

Full Disclosure:  A review copy of this book was provided to me by Random House Publishing Group – Random House via NetGalley in exchange for an honest review.  I would like to thank the publisher, the author and NetGalley for providing me this opportunity.  All opinions expressed herein are my own. 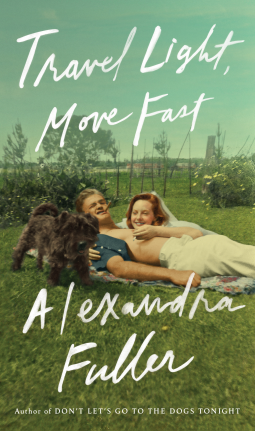 If Alexandra Fuller writes a shopping list, read it; margin notes in her high school biology text, read them; weekly menu plans with beans and franks every Tuesday, read those, too.  Anything you can get your hands on.  Ms. Fuller will always have something original to say – even about the beans and franks.  But, of course, if you are familiar with her brilliant memoirs, you know she is from highly original stock, the peripatetic Fuller family of here and there, Africa, and in her work, she returns to her family again and again without ever losing an iota of freshness or impact.

Of the five children born to Tom and Nicola Fuller, Alexandra and her sister Vanessa are the only two who survived to adulthood – a family of survivors, actually:  tough, hard-working and hard-drinking, creative, intelligent as all get-out, eccentric, frivolous, flawed, forever bereaved, and determined to cope.  And if coping doesn’t work, then cope harder.  At times, over the years, the Fullers were even without a “fixed abode”, but they always managed to rebound, eventually settling on a farm in Zambia raising bananas and fish.

In Travel Light, Move Fast, advice from Tom Fuller appears as chapter headings, and, perhaps, this optimistic dreamer is best summed up in the first one:  “In the Unlikely Event of Money, Buy Two Tickets to Paris”.  Never one to let insecurity get in his way, he would have done just that in such an unlikely event.  In fact, he and his beloved Nicola are on vacation in Budapest when he falls seriously ill and is hospitalized.  Alexandra, now living in Wyoming, flies to Budapest to be with her parents and returns with her mother and her father’s ashes to the farm in Zambia and to a family in the aftermath of another death.  Determined.  Shattered.  Forever bereaved.

As for me, well, I am both besotted with and puzzled by the Fullers.  I have been ever since Don’t Let’s Go to the Dogs Tonight:  An African Childhood, and I return to them every time the talented Alexandra offers a new opportunity.  If you know Ms. Fuller’s good work, you will be saddened beyond measure by Travel Light, Move Fast.  If you’re new to her books, this latest can be read as a stand-alone, but I’m going to be honest with you, Readers.  While I’m usually not much troubled by jumping in and out of sequence, I’m not sure this book is the best place to make your first acquaintance with this writer and her family.  You see, it is a book of endings.  Personally I’m glad I began at the beginning, but the choice is yours, of course.  The very best advice I can give you is quite simple, really.  Read Ms. Fuller’ books.  All of them.

Full Disclosure:  A review copy of this book was provided to me by Penguin Press via Edelweiss in exchange for an honest review.  I would like to thank the publisher, the author and Edelweiss for providing me this opportunity.  All opinions expressed herein are my own. 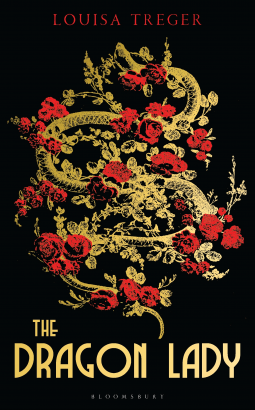 I was ready for a good chunk of a novel – not genre, not froth, not gimmick, not avant garde.  And by chunk, I’m not talking about heft, but rather, density, depth, a novel that you unpack as you read.  A novel that ends before you want it to.  Are you with me?  I just wanted a dadblamed book!

So…..you know that first line thing, lines that get the job done?  Well, here’s one.  “I’ve spent a lifetime trying to forget, yet the smallest thing takes me back to the time the Dragon Lady was shot.”  Let the unpacking begin.  The Dragon Lady is Virginia Courtauld (Gini), wife of Stephen Courtauld, and the dragon is not a dragon.  It is a snake, a fearsome serpent, tattooed up the side of her leg.  Scandalous.  How far up it goes no one knows except Stephen.  Did such a tattoo ever exist?  Not sure about that, but Gini and Stephen did, and The Dragon Lady is a fictionalization of their lives – Sir Stephen and Lady Virginia Courtauld.  In fact, their home, La Rochelle in what was then Rhodesia, is now a hotel.

Stephen’s family is British and very wealthy.  To be more precise, they are upright folks, filthy, stinking rich, and so is he.  He’s a WWI vet (with flashbacks), a highly principled man, involved in the Arts, devoted to Gini, and he spends gobs and gobs of money.  Gini, well, she is already tattooed when she marries Stephen.  She is wealthy, too, but not as, and it’s upstart wealth.  Also, she’s half Italian, half Romanian.  Hmmm.  Antecedents are so important, you know.  A fascinating, mysterious woman and a bit of a social climber, but, to her disappointment, she never quite makes the cut.  As a couple they are genuine, liberal, philanthropic and always, always controversial.

The book moves back and forth in time from the 1920s to an epilogue in the 90s, but focuses on Stephen and Gini in Rhodesia in the 1950s.  They move to Africa for a new start, and build a beautiful home only to find that native Africans are held in dreadful contempt, and white society is both fearful and fearfully racist.  The Courtaulds reach out for ways to help.  They start a Home and Craft Center for native women, a school for African children, a model farm teaching agricultural methods; they build a theater and an art gallery.  However, as you well know, no good deed goes unpunished.  Stephen is ultimately knighted for his work, but they gain only anger and animosity from their white neighbors.

Oh damn, I hope I haven’t managed to make a slam dunk sound boring.  And I was off to such a good start, too.  Trust me, Rhodesia, a powder keg at that time, cannot be boring.  Neither can Stephen and Gini.  Nor can a ghost, a pet lemur, ladies who smoke slim cigarettes and people who – as if in a Noel Coward play – call each other “darling”.  The very names of African trees will make your eyes light up.  And did I mention the Duke and Duchess of Windsor?  This, my darlings, is a book.

Book your trip to Rhodesia and the past on August 13 when The Dragon Lady hits bookstore shelves.  Support your local indie bookstore if you like by pre-ordering here.

Full Disclosure:  A review copy of this book was provided to me by Bloomsbury USA / Bloomsbury Caravel via NetGalley in exchange for an honest review.  I would like to thank the publisher, the author and NetGalley for providing me this opportunity.  All opinions expressed herein are my own.