Now here’s a thing.  I want you to read this lovely novel, but I don’t want to tell you about it.  Well, no, I do, but my fear is that it would be so easy to ruin.  You see, Chapter 1 introduces the Adler family – mother, father, two sons.  One is a teen; the other a pre-teen.  A nice ordinary family moving from New York to LA, just diddling along, and you’re wondering whether the whole thing is going to stay ordinary.  Not enough to hang a verdict on so far.  OK, then Chapter 2.  As shattering as a rock slide.  The story is aftermath.  It is for those who remain to dig for daylight, clear the rubble, choke on the dust, to find a way

You will love this story, and you must discover it whole, not through the bits and pieces that I or anyone else could dole out.  No, it is not a literary marvel and doesn’t aspire to be.  In fact, it strikes me as possibly abutting that fuzzy place we’ve come to call young adult fiction.  A matter of opinion, I guess, and who cares.  It is splendid, and why not?  A wonderful story, skillfully told, with fully-formed characters you’ll invest in.  Whether you’re looking ahead at your life, fighting the good fight, or looking back, what is a life worth?  What do we make of the singular life we’re each given?  I put everything aside for Dear Edward, an absorbing and provocative interlude, and I thank you, Ms. Napolitano, for Edward and Shay, Lacy and John, Beso, Principal Arundhi and the ferns.  And for the 191 silver birds pictured in my mind.

Full Disclosure:  A review copy of this book was provided to me by Random House Publishing Group / Random House – The Dial Press via NetGalley in exchange for an honest review.  I would like to thank the publisher, the author and NetGalley for providing me this opportunity.  All opinions expressed herein are my own. 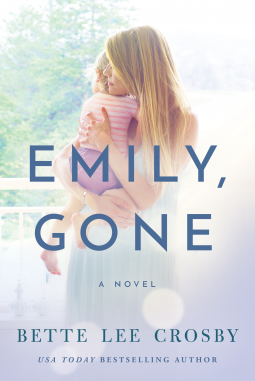 Eureka!  Ms. Bette Lee Crosby knows how to write a decent “feel good” novel.  You can invest yourself in the story without sacrificing all standards or, for that matter, a single brain cell, no, not one.  Yes, it is women’s lit, but not a romance, and, hell, somebody’s gonna write ‘em.  Might as well be Ms. Crosby.  Six month old Emily, asleep in her crib, is taken from her home at the height of a Woodstock type music festival in Hesterville, Georgia and remains missing from her family for years.  Readers, however, know the “who” and “what” all along.  What we don’t know is the “how”, “when” or “whether”.  Now I must admit that the completely coincidental nature of the “how”, when it arrives, does strain credulity, but Ms. Crosby has to make it happen somehow, so I squinted and kept going – to an ending that leaves no string a-dangling.  No, not deathless prose and the characters won’t stay with you forever, but it is a well-crafted read by a good story-teller, so if the cockles of your heart need warming, try this one.

Lake Union Publishing ships this to booksellers on April 30.  Pre-order now at Amazon.com

or shop your local indie bookstore. 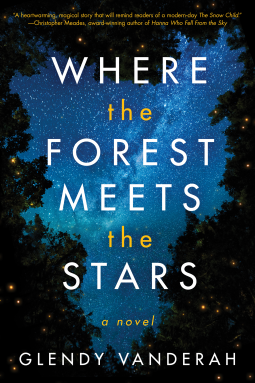 Looking for more of a “beach read”, I guess, and, while this debut novel is not exactly that, it served its purpose pretty well.  A “just take me away” sort of read even though the basic, stripped down plot manages to sound both goofy and foreboding.  A tiny little girl is on the lam after having witnessed the murder of her drug-addicted mother.  Eight-year-old Ursa has a genius IQ level and claims to be from the Pinwheel Galaxy, here on Earth to earn a Ph.D. in humans by witnessing five miracles.  Under all that, she is so very frightened and attaches herself to an actual Ph.D. candidate, Joanna, who’s living in a woodsy cabin studying the nesting habits of indigo buntings.  If this sounds……, well, yeah.  However, Ursa is charming and quirky, and, by George, you wonder if she’s not going to make that alien gambit fly.  It’s her story, and she’s sticking to it.  There’s a little romance (young farmer next door), the mystery behind Ursa and what will become of her, a gun battle, and a “happily ever after”.  I wish I could tell you how well done this is, but characters are a mite flat, the story is a little much, and you’ll wonder why some elements are even there.  However, unblinking reality was the last thing I needed or wanted, so I hid out with Ursa, and, eventually, this old world looked better for both of us.

If this fits your bill, you can pick up this title at Amazon.com

or, if you prefer, support and shop your local indie bookstore. 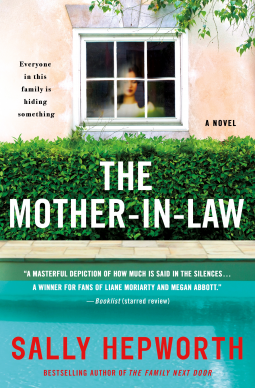 A quick, entertaining read with a cast of wrong-headed characters that you sometimes want to smack.  Don’t you just love characters that need smacking?   A slightly unconventional young woman marries into a very wealthy family that looks absolutely perfect from the outside.  Not so, of course.   Mother-in-law and daughter-in-law tolerate each other, but neither one “gets” the other.  Each means well and seems to try, but it is all faulty signals, miscues and intransigence on both sides, and, to ice this sad, dysfunctional cake of a family, there is personal failure, greed and murder.  So, where to?   Believe it or not, a resoundingly redemptive ending.   A rather gratifying one, actually.  Due to hit bookstores on April 23.

Full Disclosure: A review copy of this book was provided to me by St. Martin’s Press via NetGalley. I would like to thank the publisher and the author for providing me this opportunity. All opinions expressed herein are my own. 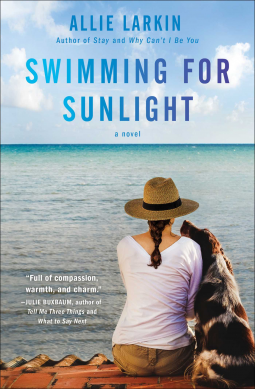 More of a woman’s novel than I’d usually read, but the first sentence got me.  A young divorcee returns with her traumatized dog, rescued from a kill shelter, to the Florida home of the grandmother who reared her.  There she is surrounded by quirky retirees who love her and bless her with their kindness and courage.  Won’t blow your socks off, but neither does it waste your time.  Engaging, entertaining.  Look for this one to drop from Atria Books in April!

Full Disclosure: A review copy of this book was provided to me by Atria Books via NetGalley. I would like to thank the publisher and the author for providing me this opportunity. All opinions expressed herein are my own.

A book about reading . . . a book about a reading obsession . . . a book about a woman who would rather read than do just about anything else, who almost requires books just to survive?  Sounds like my kind of book.  In fact, it almost sounds like it might be about me (although my horses, my dogs, music and hiking give the books a run for their money on most days too).

Swedish author Katarina Bivald brings us The Readers of Broken Wheel Recommend, her first novel to be published in the United States, and it starts with promise.  Sara, a mousy former bookstore employee from Sweden, arrives in the tiny, hard-luck town of Broken Wheel, Iowa to meet and visit with her pen pal, Amy, an elderly resident of this little burg. Amy and Sara have bonded over books during their two-year correspondence, but Sara hits town only to learn that Amy’s funeral has just ended.   She wonders if she should just return home, having unknowingly walked into a disaster after all, but the occupants of Broken Wheel convince her to stay for a bit.  As Sara herself thinks, “As long as she had books and money, nothing could be a catastrophe.”  I agree with this philosophy wholeheartedly, if I do say so myself.

In an effort to ingratiate herself with the townspeople and to get these folks to read (it seems that none of them do), she decides to open a bookshop with Amy’s books as inventory.  Slowly, Sara develops friendships with several of Broken Wheel’s oddball citizens:  George, the reticent but well-meaning alcoholic; Jen, a busybody housewife and determined matchmaker; Grace, the opinionated proprietor of the local greasy spoon; Caroline, a younger, steelier version of the Church Lady; and Tom, the strong, silent-type subject of Jen’s matchmaking attempts.

We learn about the town and its denizens through Sara’s direct relationships with them, and through Amy’s letters to Sara, which function as flashbacks of a sort.  It’s in these letters that the book came alive for me, and I looked forward to the appearance of each one for Amy’s books recommendations.  Sara also pushes her favorites:  “She had sold countless copies of Terry Pratchett’s books before, only a few years ago, she had given in and read one of them, making the acquaintance of one of the most fantastic, and definitely most reliable, authors you could ever hope to find.”  She had me at Terry Pratchett.

And she continued to have me through the first two-thirds of the book or so.  But as more and more time passed in Broken Wheel, and as the situation in which Sara finds herself became a little less plausible, the hold the book had on me began to slip.  The literary references dwindled and the focus became the wacky marriage plot cooked up by Sara’s newfound friends so that she can outstay her tourist visa.  The subsequent, over-the-top events seemed a bit of a contrivance to me, although I suppose something similar could conceivably take place in small-town America.  At this point, I felt like the novel somewhat lost its way and couldn’t decide whether it wanted to be book lit, chick-lit, contemporary women’s lit, some kind of cozy, or a straight-up romance (and we all know I don’t do romance).

If you’re a fan of any of the aforementioned genres, then don’t let my disappointment with the latter part of the book keep you from checking it out.  It’s a light-hearted, whimsical read that I’m sure will appeal greatly to women of all stripes and book clubs across the country.  I enjoyed it enough to give it three stars on the Goodreads scale (3.5 on my own personal scale), meaning I liked it just fine but I didn’t absolutely love it.

If you would like a chance win a copy of The Readers of Broken Wheel Recommend from the publisher, check out this link to their giveaway:

Full Disclosure: A review copy of this book was provided to me by SOURCEBOOKS Landmark via NetGalley. I would like to thank the publisher for providing me this opportunity. All opinions expressed herein are my own.