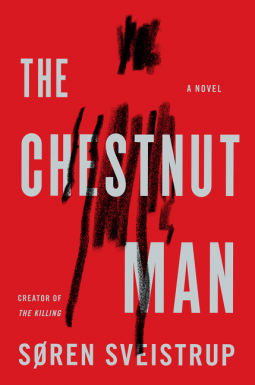 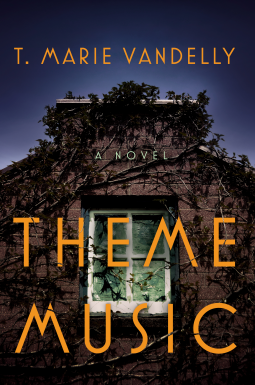 A first novel, a good one, and the title gives nothing away.  I like that.  It’s not a shivery, goose-bumpy title at all, is it, but this is one spectacularly shivery thriller.  Now, you know, I’ve read my share of mysteries and thrillers, and let me tell you that you won’t find fictional murders more horrifying than these.  Not extravagant, opulent murders a la The Da Vinci Code, but murders in a perfectly ordinary kitchen – at breakfast.  One survivor, and this is her story to tell, a story so clever, original and complicated, it’ll have you jumping to conclusions and haring off in all directions.  If puzzling over the evil that men can do appeals, give this one a try.  Thanks, Ms. Vandelly.

Definitely worth pre-ordering wherever you buy books online, as this one doesn’t come out until July 23. A link to Amazon.com is available here: Theme Music: A Novel

Full Disclosure:  A review copy of this book was provided to me by PENGUIN GROUP Dutton / Dutton via NetGalley.  I would like to thank the publisher and the author for providing me this opportunity.  All opinions expressed herein are my own. 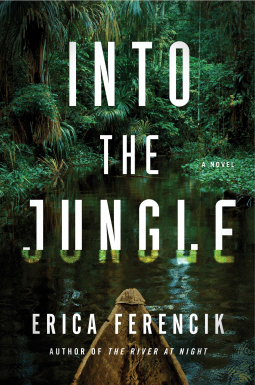 I read this.  Yes, the whole thing, and apparently, the Bolivian experiences of a friend of the author provided the idea behind this novel.  Good to know, that, ‘cause otherwise I’d have launched into a discussion of its utter implausibility.  The prologue nearly stopped me right there and then, that python dream, but I thought maybe that was unfair and soldiered on.  At nineteen, Lily, a lying, thieving survivor of the U.S. foster care system, is stranded in Bolivia, where she meets and falls in love with Omar, a motorcycle mechanic from the jungle.  He is moderately hot.  Soon he is summoned back to his remote village, Lily goes with him, and, after a harrowing plane ride, they arrive.  Here, among showers of tarantulas, Omar transforms, but it’s all good, and how! – from cute mechanic to wise, noble, studly, mighty hunter and savior of his people.  Lily, after some minor cultural adjustment and soon pregnant, attains depths of character and resourcefulness you wouldn’t believe.  Literally.  Shall we say over the top?  Let’s.

There’s a creepy telepathic shaman, a completely gratuitous family of lepers, a slimy poacher whose face is ripped off by a timely eagle, a lovely little pig that gets eaten, and a murderous neighboring tribe who can melt into the jungle and “melt out” of it as well.  Man, it’s hot.  Can we borrow a cup of curare?   But I read this, the whole thing, and there’s the rub.  While “utter implausibility” flashed on and off like a neon sign, I often found myself riding the literary skids of this jungle extravaganza with my hair plastered back, having a big ol’ time.  Readers, casting suggestions for Omar?

The ride begins on May 21 at a bookstore near you.

Full Disclosure: A review copy of this book was provided to me by Gallery, Threshold, Pocket Books / Gallery/Scout Press via NetGalley. I would like to thank the publisher and the author for providing me this opportunity. All opinions expressed herein are my own. 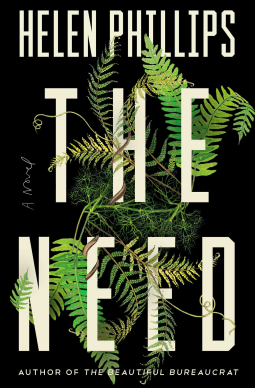 Helen Phillips, this novel left me reeling.  So real it could be yesterday in my own kitchen, but then so utterly, devastatingly surreal.  Is it alternate realities, or a frazzled mother’s mind unraveling into madness, or is it a wicked human plot?  Or is it creepy with the supernatural and spooky portals to other planes?  Are the children going to die, or are they already dead?   What it is…….is a consideration, a contemplation, if you will, of a mother’s love, so fierce and so fraught with its intensity and its burden.   Tiny Ben and lively Viv (a masterpiece, the most fully realized fictional four-year-old ever), the warm funk of children sleeping, their unremitting needs, tantrums, vomit, Cheerios, yes, and the bone-deep fear of it all.   But make no mistake.  This is not a horror story.  It is a human story.  Helen Phillips, your talent is frightening.

Readers, make haste to your local bookstore (support the independents, please!) to pick this one up on July 9 from Simon & Schuster.  Or to pre-order from Amazon.com, click here: The Need 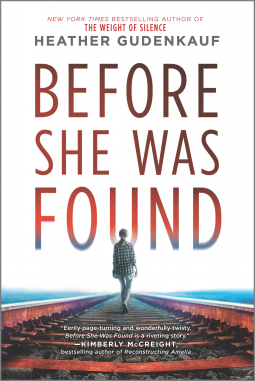 Iowa.  Tiny little place.  Pitch, Iowa.  But, as we know, and as this smartly written thriller demonstrates, the internet and social media can destroy lives – even in Pitch.  An adept author tells a deviously crooked story in several voices: pre-teens seeking acceptance by those who have not outgrown childish cruelty, a struggling single mom, a grandparent loving a flawed grandchild, a doctor trying so hard to help and missing the mark.  This book has no pretensions, but If you enjoy being taken out of the everyday and into the thought-provoking dark, this is a good writer and a good story.  Release is currently scheduled for April 16.

Full Disclosure: A review copy of this book was provided to me by HARLEQUIN – Trade Publishing (U.S. & Canada) / Park Row via NetGalley. I would like to thank the publisher and the author for providing me this opportunity. All opinions expressed herein are my own.

What are the odds that I would randomly read three books in a row that featured twins?  Two books maybe, but when twins showed up in the third book, even though they were minor characters, it started to get a little creepy.

Ann Morgan’s Beside Myself, out from Bloomsbury back on January 12, is a disturbing, little thriller, one that would make any set of twins think twice about pulling the switcheroo trick on folks.  As a young girl in late ‘80s/early ‘90s England, Helen convinces her twin Ellie to swap places to see who they can fool.  An innocent game, right?  Not so much, and the consequences bring disastrous results for Helen for the rest of her life.  Much emotional trauma and mental illness ensue and it’s difficult to tell the villains from the victims.  I felt for Helen and her predicament at times; at others, when she managed to dig her hole even deeper, I just wanted to give her a good smack.  Sometimes, I wondered if the entire identity switch never even happened, instead possibly being contained entirely within the confines of Helen’s scrambled-egg brain.  At all times, I deeply loathed Helen and Ellie’s utterly rigid and dysfunctional mother, a beast of a woman whose main goal is to appear perfect at all times.

Ann Morgan is a decidedly British writer in style and tone which suited me just fine, and she has crafted a fantastic psychological debut novel in Beside Myself.  Take the time to check this one out.

January 12 also brought Crown’s release of Eleanor by Jason Gurley, which features another set of identical twin sisters, Eleanor and Esmerelda.  A car accident claims Esmerelda at the age of six or seven, leaving Eleanor and her parents adrift.  Her mother retreats inwardly into alcoholism, while her father abandons the family home, leaving Eleanor to grow up with her mother’s drunkenness and increasing rage.  As Eleanor enters her teen years, her reality begins to shift in the weirdest of fashions.  As she passes through a school doorway, she suddenly finds herself plunked smack in the middle of a beautiful cornfield.  She eventually manages to fall back into her own world only to find much more time has passed than she realized.  The next time her world shifts she’s thrown into a rainy, muddy wilderness.  These transferences, always against her will, increase and ultimately she learns much about her family’s loss and her shattered parents.

As I read Eleanor, smartly-written and compelling, I couldn’t decide whether Gurley was aiming his tale at adults or young adults.  These days I realize that just as many adults are fans of YA lit as teens are so I suppose it’s a moot point.  It could also be called a modern fantasy novel, given its dream-world dimensions, or even literary speculative fiction.  Whatever.  I should just shut up and say I found it lovely and ethereal and sad.  No matter what you call it, Jason Gurley’s Eleanor is a damn good book.

Twins also factor in The Good Goodbye (release date:  January 19) by Carla Buckley, although they’re the younger brothers of Arden, who is the main event here along with her cousin, Rory.  Arden and Rory might as well be sisters though, growing up tightly together with Rory as the ringleader and Arden as her loyal disciple.  Told from the differing perspectives of Arden, Rory and Arden’s mother, Natalie, Buckley’s novel explores family dynamic and dysfunction in the wake of a dorm room fire that leaves both girls clinging to life in a hospital ICU.  How did the fire start?  Who started it?  Were Arden and Rory two points of a love triangle that suddenly disintegrated?  What secrets were they keeping from their parents?  There was more than enough suspense and trepidation to keep me turning pages.

Several themes abound here:  the strength of familial bonds and how much it takes to break them, parental pressure, teenage secrecy and manipulation of parents and each other.  Rory and Arden are complex characters, each driven by different impulses to succeed in academics and life in general.  They have a fierce, sisterly love for each other, yet Rory is more than a little manipulative with Arden, and Arden almost always willingly caves.  It was hard to like Rory, but even harder to like her domineering mother, Gabrielle; as a result, while I found Rory’s ways more than a little objectionable, it was easy to understand the source of her psyche.

I was absolutely dying to find out the cause of and motivation for the fire, and I have to say, while some reviewers have indicated the ending was a let-down, I found it completely satisfying.  But no spoilers here.  You’ll have to read it yourself.