A Tall History of Sugar delivers a tall order of beautiful language, a giddy, glorious and, yes, intoxicating order.  Just as I wrote this, one tiny example came to mind, two words only: “ploughing darkness”.  Dark, but lovely, isn’t it?  How recognizable to any of us afflicted by the human condition.  Hard work, that ploughing, and usually fruitless.  Next time I find myself cultivating my particular patch in the “slough of despond” I’ll know what to call it.

OK, OK, this intoxicating novel of modern day Jamaica.  Ms. Forbes’ enchanting words took me to Jamaica right away, a sugar rush of language and culture.  Growing sugar cane is and has been pervasive in Jamaican history:  plantations enriching the British Empire, labor supply feeding off the slave trade, the black smoke of cane fires blanketing the island to this day.  And so begins the love story of Moshe and Arrienne .

When newly born, Moshe (Moses) was found abandoned in the sea grapes and taken in by childless Rachel and Noah.  Through some defect of birth or, perhaps, his mysterious parentage, he is strikingly different and will be all his life.  His skin bleeds at a touch and is white as milk, but his facial features are those of a black man.  One eye is blue, the other brown, and his hair is a combination of blond and straight, black and curly.  Moshe and Arrienne meet as school children.  She is a growing beauty and dark as midnight.  She’s also fierce, practiced in tae kwan do and readily assumes the role of protector and constant companion to Moshe.  She thinks of the two of them as twins or, sometimes, “nottwins”, and they can communicate without speaking.  As adults, they lose this ability and are estranged, but there remains an inexorable pull, a need for each other.

While Arrienne is out-spoken, quick to anger and fully human, Moshe, to me, was more of a being than a person – perhaps (probably?) purposely.  I usually step lightly around symbolism because you can always find something if you want to, but Moshe’s character struck me as Christ-like.  Not without sin, but tormented and stoic, paying for something, bleeding.  Hmmm, well………you’ll have to come to your own conclusions.  Ms. Forbes is a writer-to-the-bone, and I won’t presume to speak for her. Intoxicating, yes, and as lyrical as Jamaican patois.  Sorry, I’ve rambled on too long, but it’s my word hangover talking.  Speaking of patois (way to segue), I was intrigued and went online to explore.  Guess what?  There are lessons!  Some say it is a language, and others call it a dialect, but, no matter, it’s beautiful – as is Ms. Forbes’ moving book.  Worth the word hangover. 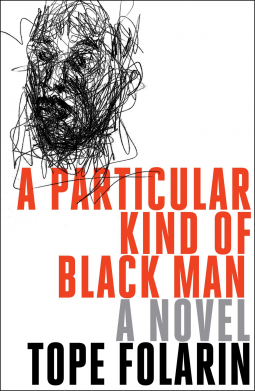 No one fits precisely into a cubby marked this, that or the other.  No one.  So why do we, much like hermit crabs, try to squeeze into one shell after another to see which one fits, to find the one in which we feel at home?  We all do it, but for young Tunde Akinola there are so many shells, so many identities to try and nothing feels like home.  In this coming of age novel, Tunde grows to be a “particular kind of black man”, a first generation African-American, born in the U.S. to Nigerian parents.  But what is that?

Tunde begins school in Utah where he looks around and sees…..no one like himself.  Utah is mostly white and Mormon.  What, then, is he?  His mother develops mental illness and returns to Nigeria, leaving Tunde and his brother with their father, hard-working, deeply religious and now a single parent.  Enter a Nigerian-born step-mother and her two Nigerian-born sons, a family blended in name only.  His Nigerian grandmother, a voice on the phone, is a constant and steadying influence, but he never meets her face to face.

Small town Utah, next small town Texas, then Dallas, college in Atlanta and Maine, on to D.C.  Son, brother, Nigerian, black, white, juju, pop, Western, Southern, small towns, rural, hip-hop, urban, New England, American, male.  How does a wide-eyed child born into this kaleidoscope find his way, navigate, come to grips…….when, more often than not, exploration is squelched, and welcome is never guaranteed?  And how does one such child grow with assurance into the kind of man he is to become?  What will the essence of this man be?  Tope Folarin’s book is not a “how to”.  It is simply the story of Tunde growing up, but it is revelatory, and, I believe, will leave you changed.  A recommended read.